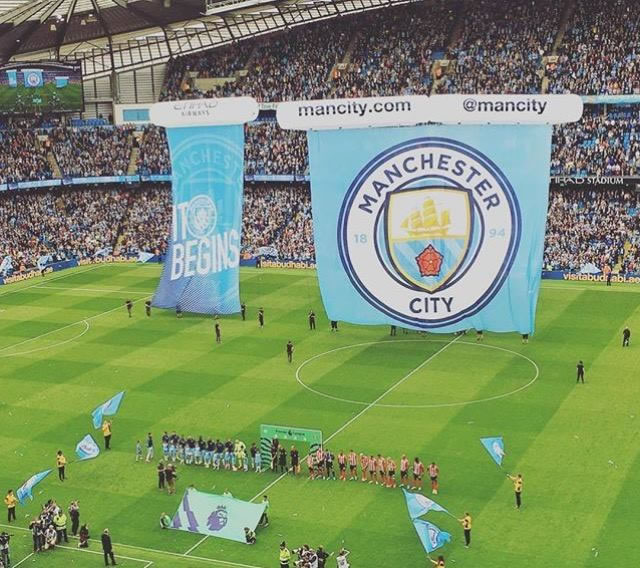 It’s All Kicking Off!

It was the first game of the of the Premier League season at the Etihad Stadium and Man City celebrate the fact…big style.

We were commissioned to provide graphics for the opening ceremony of the season with an awesome display, comprising of 2 x 12 metre Sky flag helium filled tubes. From which is draped a 20 by 18 metre banner.

Shame it was Manchester and not Leicester City, we probably would have done it for nothing ….er..perhaps.