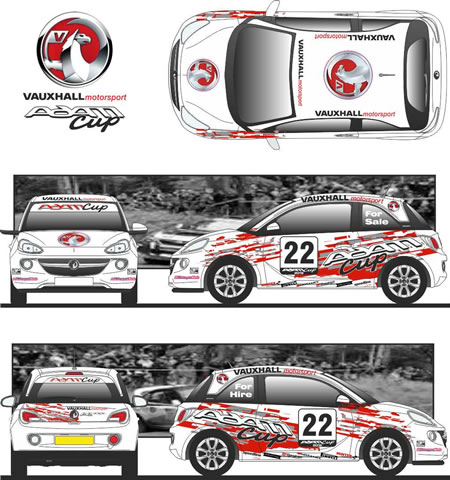 Simon Mauger from Major Motorsport asked us to design the new livery for their new Adam Cup Championship venture. The brief was ‘to make it look as though its going fast, even when it’s still’.

After many drafts and deliberation, a design was agreed.

The final design had it’s first airing at the Castle Combe Rally Day and went down a storm.